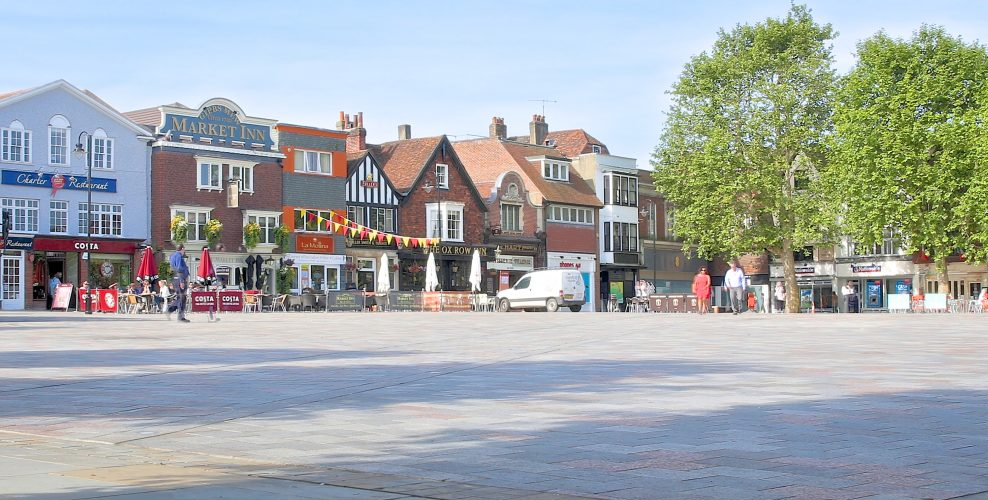 “Salisbury has been in need of recovery for quite some time”: The future of Salisbury discussed at recovery Meeting

On Tuesday 27th September representatives and members of organisations across Salisbury met at the new Wiltshire College building on Southampton Road to discuss Salisbury recovery.

The meeting was organised by the Salisbury Network of the Royal Society for Arts, Manufacturers and Commerce (RSA), and the Salisbury Civic Society and attracted a capacity audience.

The panel of speakers included John Glen MP, Carli Niekerk of Wiltshire Council, Helen Birchenough of Wiltshire Creative, Stephen Oxley from the Salisbury Business Improvement District (BID), and Alex Clancy from Wiltshire College. The panel discussed with the audience the social, cultural, educational and economic challenges for the city and ongoing efforts to address them.

Alex Clancy from Wiltshire College told the audience about the opportunities for apprenticeships, work experience and equipping the young people of Salisbury with skills for jobs so that local businesses can build their future work force and find new talent.

Carli Niekerk of Wiltshire Council provided an update on the plans for the Salisbury Future High Street fund, which will see more than £9 million being spent to rejuvenate the city centre.

The money will be split between three projects including, Heritage Living which will see work on Blue Boar row to keep active frontage of shops while converting vacant listed buildings into residential properties; Fishterton Gateway, which aims to connect Salisbury train station to the retail core by making structural changes to the carriageway and footpaths; and Station Forecourt, which will see improvements to Salisbury train station including a bus interchange, a new taxi rank and work to make the grounds more pleasant.

Helen Birchenough of Wiltshire Creative spoke about restarting live performance which was lost during the pandemic and the importance of local culture as fuel for health, wellbeing and the local economy. She then went on to address what Wiltshire Creative need to build, which included working with young people, new technology and local talent research.

Stephen Oxley from Salisbury BID said, “Salisbury has been in need of recovery for quite some time,” and emphasized the importance of working collaboratively to figure out how the city should react to the challenges of the past few years.

Finally, John Glen MP provided an overview of Salisbury’s recovery plans highlighting provisions for young people as a priority and getting the City Hall and Salisbury Playhouse back on the agenda. He also emphasized the importance of partnership, collaboration and the need to seek a consensus, saying he feels that “Salisbury is doing a great job of facing the recent challenges”.

The evening saw an active discussion of deep-seated changes and challenges and the importance of partnership and collaboration to maximise the impact and success of new projects.

All organisations represented at the meeting will be spending time to focus on the themes which emerged, and to identify ways in which they can build on the evening to promote further work which has an identifiable impact on the vitality of the city.