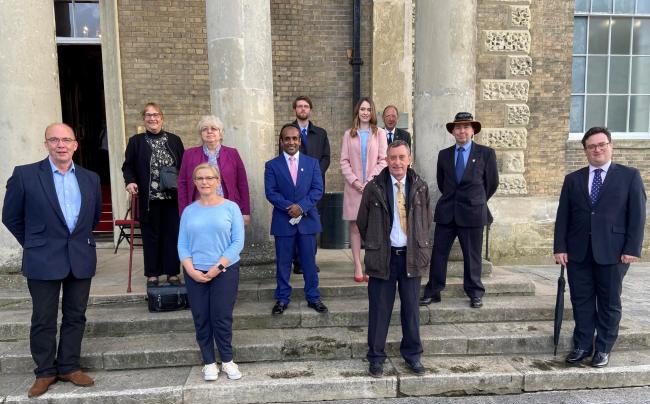 The Conservative group on Salisbury City Council has withdrawn from the council’s four-way Leadership.

The leadership group of the Conservatives, Labour, Liberal Democrats and a single Independent candidate formed as a result of no majority party.

When created back in June, the group promised to hold weekly meetings to provide leadership, strategic direction and “present a united voice for the city”.

Cllr Charles McGrath, leader of the group and councillor for Milford, said that the outcomes of a recent meeting planning the strategy for the administration were ‘disappointing’, and did not reflect the Conservatives’ priorities for the city.

Cllr McGrath commented: “We entered into the four-way administration with the intention to bring more powers back to Salisbury, including greater control over footways repairs which was an issue raised to us repeatedly on the doorstep. Sadly the other three leaders did not agree that this was a priority for Salisbury, adopting a tone that fell short of my expectations as a fellow member of the coalition.

“We are also concerned about the accountability of the four-way leadership arrangement. Without a constructive opposition party to scrutinise the policies of the administration, there is a real danger of poor policy decisions being allowed to pass by unimpeded”.

Cllr McGrath promised a fully costed ‘opposition budget’ encompassing the group’s five priorities, putting power back into the hands of Salisbury and its people.

The five priorities are:
• To give SCC more powers over footway repairs, provisionally agreed by Wiltshire Council.
• Sustainable transport for Salisbury, including a SCC-led EV charge point strategy and exploring the option of pedestrianisation where it is most effective.
• Action on the environment, including a formal review of SCC’s Environmental Action Plan
Which the group is already leading on.
• To restore Salisbury as a cultural and independent business hub, promoting live events and
festivals across the city.
• To make Salisbury young people friendly by offering new leisure facilities, from a revamped skate park in Churchill Gardens to a water park for children.