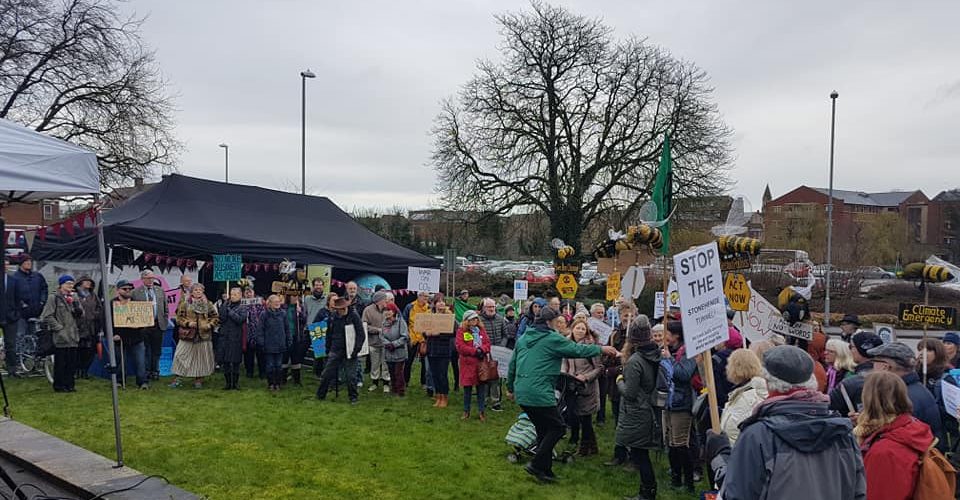 Wiltshire Climate Alliance (WCA) has responded to the news that Wiltshire Council is developing a Climate Strategy, condemning its lack of ambition and commitment to achieving its goal of seeking to make Wiltshire carbon neutral by 2030.

Bill Jarvis of WCA’s Steering Group said Wiltshire Council are “recognising that major changes are needed but lacking any commitment or timescale for reducing emissions outside of the Council’s own operations.

“There is little sense of the urgency needed for taking action, and a dependency on future plans and policies that may take us in the opposite direction,” he added.

Their response goes on to say: “It is particularly concerning that the Strategy provides no detail of how its objectives will be delivered, referring simply to ‘future delivery plans’. It seems clear therefore that Wiltshire Council’s decarbonisation objectives will be no more than a ‘wish list’ in the Local Plan, Local Transport Plan and other plans, most of which have completely contrary objectives and will not be in place for at least 2 years.”

Among WCA’s key concerns were:

“Climate denial must not be replaced by delaying climate action. We urge Wiltshire’s residents and its elected representatives to join us in demanding better,” added the group.